A list of wood-related words that are commonly used with regards to wooden furniture.

Sapwood is the younger, softer and lighter-coloured outer portion of a tree that lies between the heartwood and the cambium (formative layer just under the bark).

Heartwood is the older, harder and darker central portion of a tree.

Hardwood trees produce seeds with some sort of covering (angiosperms). Click here for a more detailed look at hardwood and softwood.

Softwood trees let seeds fall to the ground as is, with no covering (gymnosperms). Click here for a more detailed look at hardwood and softwood.

Veneer is a thin layer of decorative wood placed around objects and parts to give it a fine wood grain appearance. A properly applied wood veneer gives the illusion that an entire piece is made from the same type of wood as the veneer.

Grain refers to the wood's lengthwise fibre pattern but is also loosely used to mean a wood's texture e.g. close-grain and open-grain.

Warp is the distortion or unevenness to the shape of a wood due to uneven shrinking.

Chatoyancy refers to a bright lustre in the wood grain resulting in the grain having a three-dimensional appearance. This effect is sometimes referred to as "wet look": when such woods are wetted with water and dries, the chatoyancy is enhanced. Oil finishes and shellac accentuate this highly sought after effect.

The wood has a visible grain pattern and a coarse texture.

The wood's grain run in different directions, making the wood difficult to cut and finish.

The wood's grain run parallel to the centre of the tree, making the wood easy to cut and finish.

The wood's grain spirals around the axis of the trunk.

The grain of wood seen when the wood is cut across the growth rings.

The natural appearance of wood seen when the wood is cut parallel to the grain. A wood's figure depends on its color, luster, texture and grain. When figure is caused by grain orientation, the method of cutting can greatly accentuate the figure.

Types of figure include burl, bear scratches, bird's eye, blister, angel step, curl, dimple, fiddleback, flame, quilt and spalt. The presence of a rare or aesthetically pleasing figure on a piece of wood can greatly increase its price.

A manufactured wood panel made from thin sheets of wood glued together with adjacent sheets having their grains at right angles to each other. It is widely used as it is flexible, inexpensive, strong, durable and easy to work with.

An engineered wood product that is made out of wood fibres. Chipboard, MDF and hardboard are types of fibreboard. Ikea normally uses fibreboards, such as chipboards and MDF, to keep their furniture prices low.

Chipboard (known as particle board in the US)

An engineered wood product manufactured from wood particles, such as wood chips, saw dust and sawmill shavings, and a synthetic resin or other binder.

Chipboard is cheaper, denser and more uniform than conventional wood and plywood but is less strong and durable.

An engineered wood product formed by breaking down wood residuals into wood fibres. The fibres are combined with wax and a resin binder to form panels under high temperature and pressure. MDF is stronger and denser than the normal particle board.

MDF products can emit formaldehyde which is classified as carcinogenic by The World Health Organization (WHO). Regions, such as the European Union, have formaldehyde emission standards for wood composite products like MDF. Other countries like the United States and Singapore, do not have such standards. (Update 15 January 2016: Proposed rules are being finalised in the US. Nothing yet in Singapore.)

An engineered wood product, similar to chipboard and MDF, but is denser, significantly stronger and harder due to its exploded wood fibres having been highly compressed. 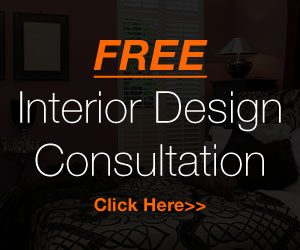